Many Happy [and extremely belated] Birthday wishes to Zeph’s very favorite Angel, Jun.  [My fav too, of course ^__^] 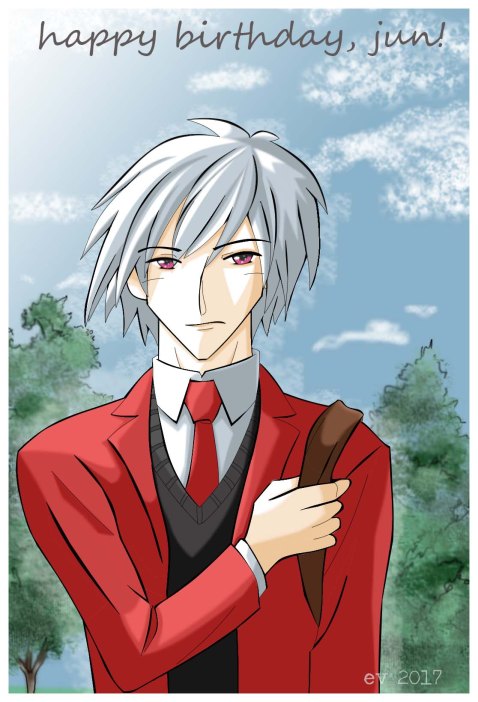 END_OF_DOCUMENT_TOKEN_TO_BE_REPLACED

When the weather in February tops 70 degrees, opportunity must be seized and dolls taken out for photos.  As I mentioned in the last post, it was also Zeph’s birthday, so Tiny!Zeph got a photoshoot, too, with special guest appearances by Jun Plushie and Mr. Duck. 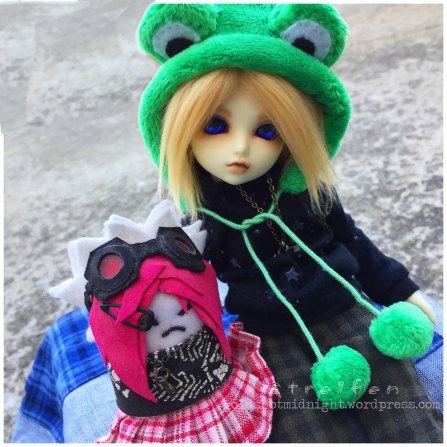 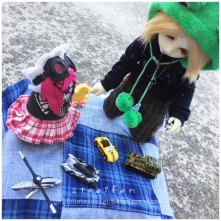 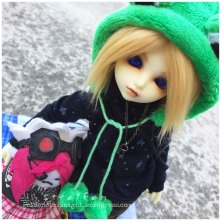 Tiny!Zephyr is a Fairyland LittleFee Chiwoo.  Aesthetics, froggy hat, clothing, blanket, and Jun Plushie by Nezumi, and eyes from Souldoll.

Yesterday was Zephyr’s birthday, so we headed outside for a photoshoot.  It’s hard to believe that a bit over ten years ago he arrived home, my outgoing, fiercely protective, somewhat unpredictable Dark Selestarri teenager.   He’s grown a lot in that time, sometimes in ways that I had never anticipated.  In the Streifen backstory, Zeph was a bed-hopping, hard partying kid with little interest in authority or rules.  As the story transitioned into the rps, he met Jun, and before he’d fully realized what has happening, he fell fast and hard.  Everything he’d known or believed about relationships was turned on its head, and he committed his heart fully, surprising many of those who knew him (including me).

Ten years has passed quickly, but no matter how many tick by, I will always love this boy. 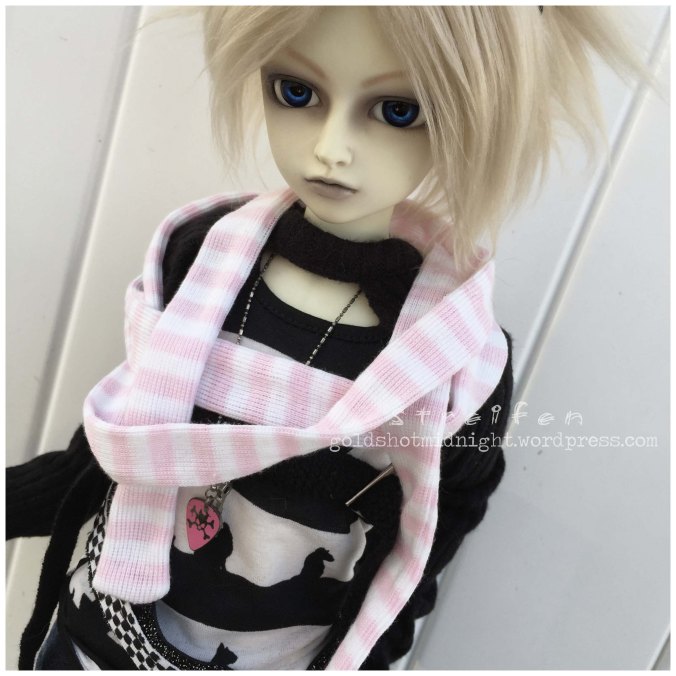 Zephyr is a CP Delf Type 2 WS Chiwoo.  Aesthetics and scarf by Nezumi, bolero from Crobidoll, eyes from Souldoll, tank and necklace are gifts from his boyfriend, and the belt he’s had so long that I can’t recall where it’s from ^__^

As I wrote in my last post, there have been lots of side fics through the years that I’ve worked on Streifen, and this piece of writing is one of them.  Like Knot, it takes place in the FE 20 story line, not long after Sashi’s feelings for Lan began a decidedly affectionate turn.

So in the spirit of the upcoming Valentine’s Day…